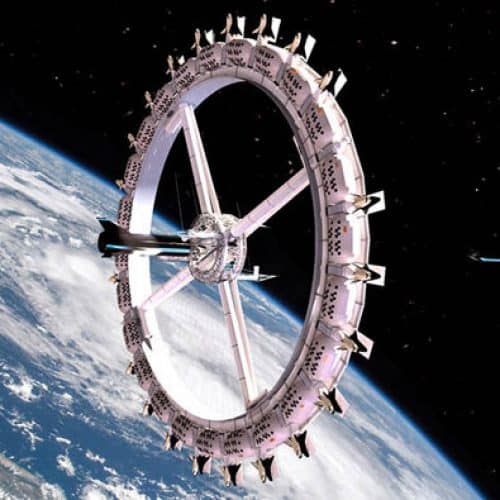 Voyager Station Orbiting Space Hotel Could Become a Reality as Early as 2026!

As early as 2026, Orbital Assembly Corporation expects to construct the world’s first orbiting space hotel. The Voyager Station, as it would be known, is a Ferris Wheel-shaped hotel with a ring of space elevators connecting it to the structure’s center hub. It will have 280 luxury rooms, a restaurant, a gym, a movie theater, and a spa. A crew of 112 people will keep the facility functioning. Room rates have not been determined as yet but a three-and-a half-day visit to the orbiting hotel will set you back a whopping $5 million dollars.