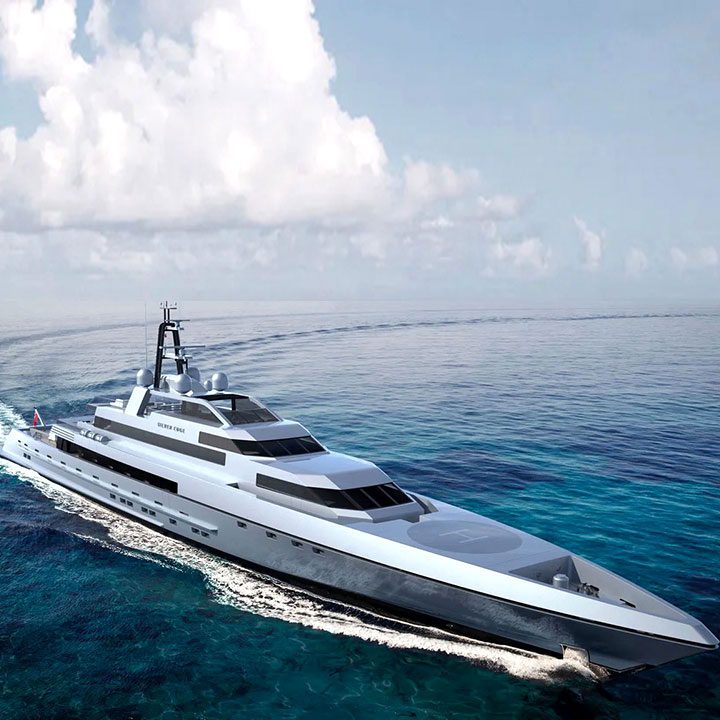 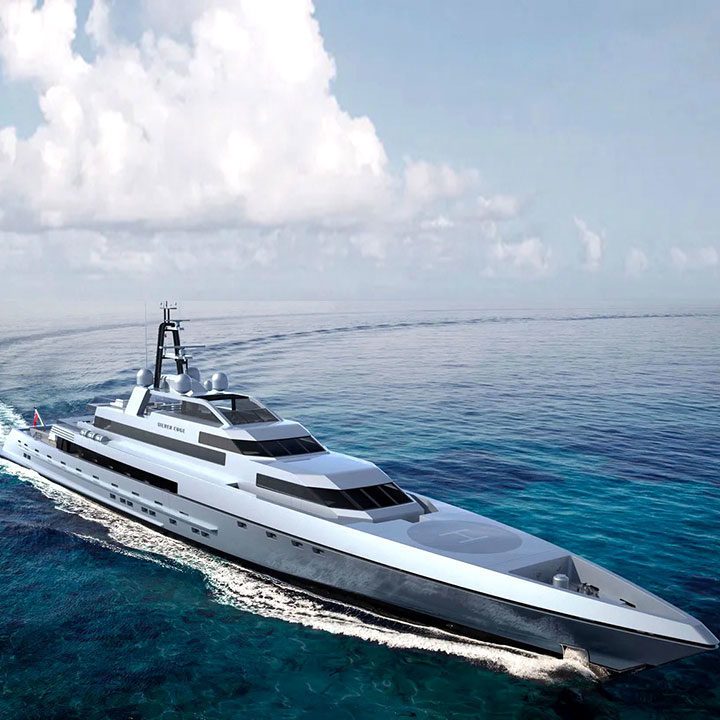 Silver Concept newest project, the Silver Edge 260-foot superyacht has the appearance of a navy frigate. However, don’t be fooled by its appearance, this vessel is far from a killing machine and designed to pamper its guests in spectacular opulence.

Silver Edge has a dazzling hull and superstructure made entirely of aluminum, as well as a slew of other opulent features. The warship was designed by the Australian yard in collaboration with famous naval architect and designer Espen Ino, who was crucial in the development of the Silver fleet.

The Silver Edge superyachit is the embodiment of pure industrial elegance with a broad beam of around 33 feet and a draft of approximately 9 feet. The vessel also features a 1,030 GT interior that can be modified to the owner’s preferences.

The vessel has four guest cabins, three VIP cabins, and a large owner’s apartment with a private salon and bathroom that can accommodate up to 18 people. There is also space for 17 crew members. In addition, a beach club, gym, and dive center are located on the ship’s rear deck, as well as a swim deck with a moveable swim platform.

The main deck of the yacht has an expansive 16-foot long glass bottomed swimming pool, a picturesque winter garden for relaxation and a lounge and bar for relaxation. Elsewhere, the sundeck offers a Jacuzzi and alfresco dining area to keep your guest pampered.

In addition, there is a garage to store Jet Skis and wave runners, along with a foredeck hatch that stores a rescue boat. A concealed crane at the rear of the vessel effortlessly lifts your toys from storage into the ocean. To top out its long list of amenities, the vessel features a helipad for guests to fly onto and out of the yacht and considering its Trans-Atlantic range, the helipad will be very convenient for port calls.