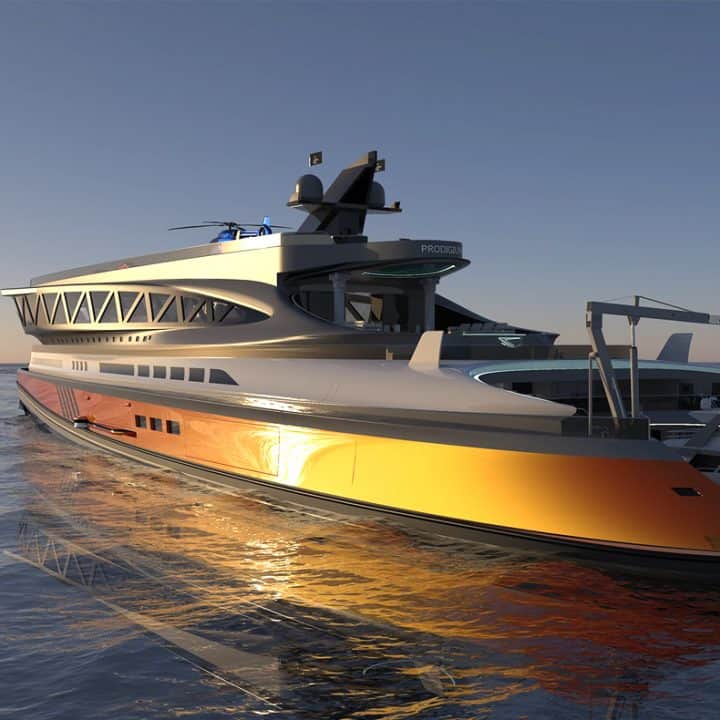 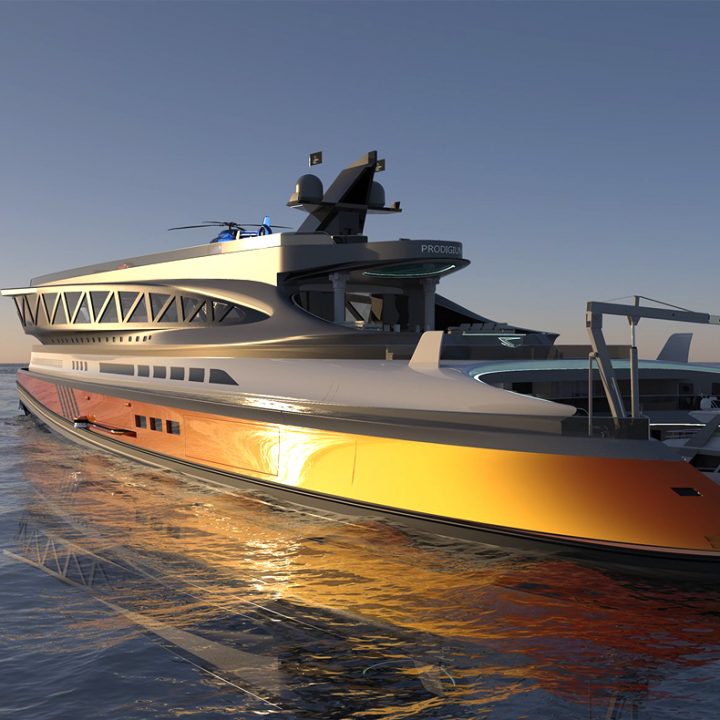 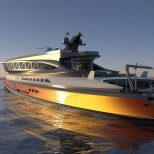 The Lazzarini Prodigium shark yacht concept is another nature motivated superyacht concept like its swan yacht concept that’s picking up attention.  The 153-meter shark inspired yacht named Prodigium, is a concept inspired by one of nature’s most proficient ocean animals, the shark.  It highlights six decks with extra patio space from two huge side blades for an extra seven meters of width from its gigantic 34 meter beam.  The design takes inspiration from ancient Roman architecture and resembles the outline of a shark, with Roman columns positioned on either side of the entrance to support the upper structure and its swimming pool.  With the ability to host up to 44 guests, it can hold up to three helicopters in three hangars with a rear deck port area with the capacity to accommodate yachts up to 30 meters in length. It’s powered by solar energy for interior lighting and maneuvering while docking, three jet engines and twin electric centerline engines which allow the yacht to reach an estimated cruising speed of up to 22 knots.
Check it Out on Lazzarini Design Studio