The All-Electric Mercedes Vision AVTR Can Read Your Mind 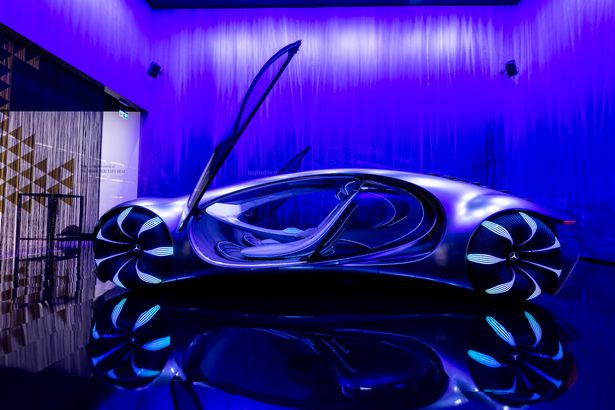 The Mercedes Vision AVTR is a demonstration platform that merges man and machine with the ability to read the driver’s mind. It’s a not so futuristic concept that the German car manufacturer is working on for its next generation of artificial intelligence cars.

The concept envisions a vehicle with no physical dashboard controls for adjusting radio, air conditioning or any other controls normally done by hand. Instead, the driver will be able to adjust these controls by simply thinking of them.

A helmet worn by the driver with electrodes that detect brain activity and translates it into impulses that relates to different aspects of the car’s control system will be the holy grail of the system.

The Brain-Computer Interface (BCI) system is trained by the driver thinking of different components of the car while a computer projects lights onto the dashboard. As the driver thinks about each function, the computer tracks the brain impulses and maps it onto the system.

The concept is a fundamental merging of man and machine and opens up revolutionary possibilities for intuitive interaction between driver and vehicle. In addition to the BCI, the vehicle features four independently controlled, high-performance near-wheel electric motors for next-generation road grabbing and sideway driving capability.

The power system is based on a revolutionary graphene-based organic cell battery technology designed to be 100% recyclable and able to run for up to 400 miles on a single charge. The vehicle is designed to be entirely eco-friendly with seats made of Dinamica faux leather.

It remains to be seen how well drivers will respond to wearing a helmet that reads your mind. However, the technology is still being developed and hopefully by the time it’s rolled out in production models drivers will be more adept to accepting it.