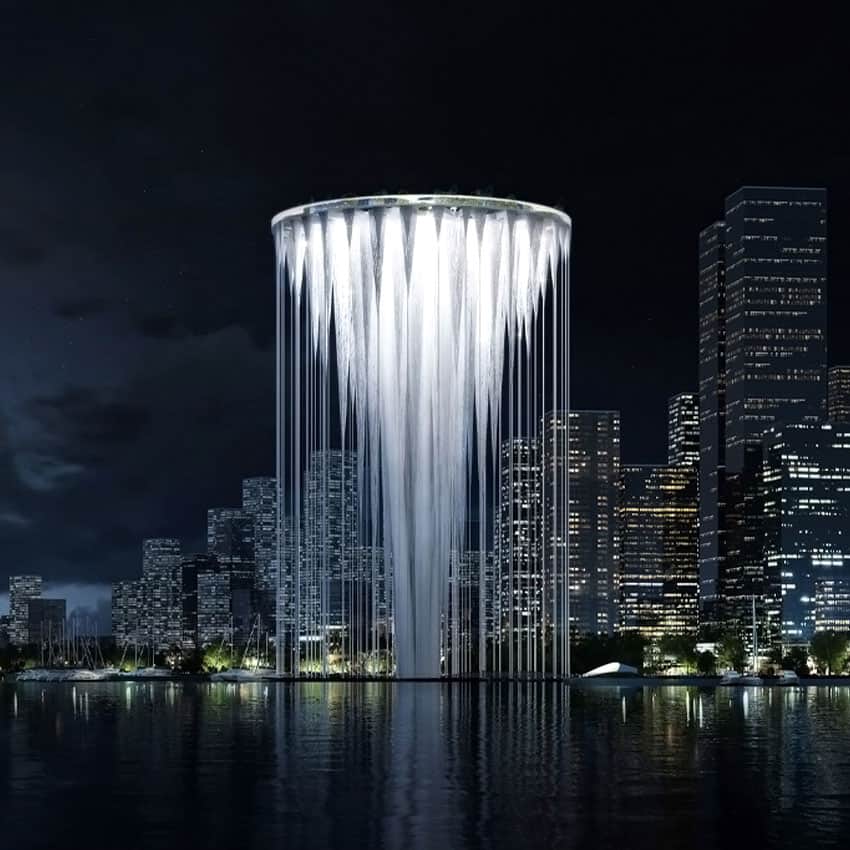 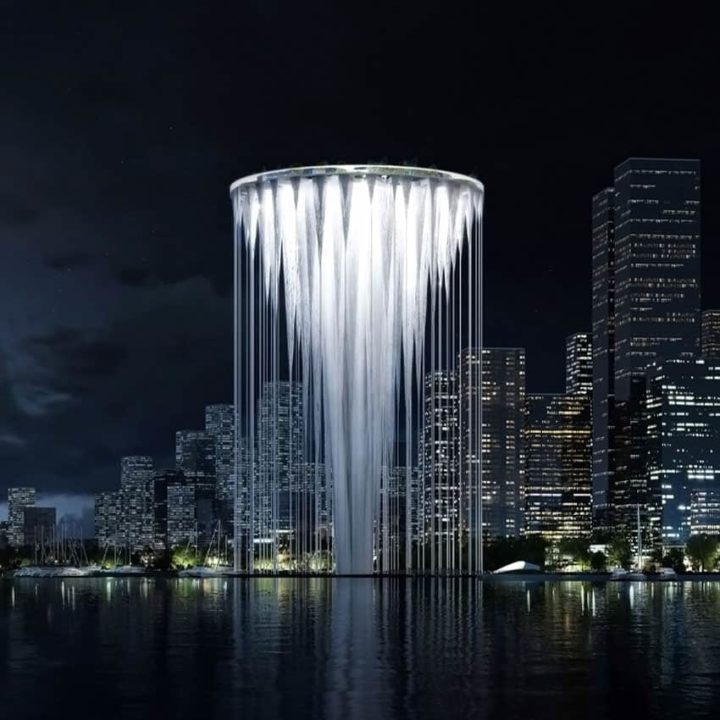 The future of life in Shenzhen’s Qianhai district looks like a floating water tower designed by Sou Fujimoto Architects. The ethereal tower was chosen as the winner of the New City Center Landmark competition in the city. The new skyscraper, which will rise in Qianhai Bay, will resemble a freestanding, cylindrical water fountain and will reach a height of 880 feet (268 meters), it will be supported by 99 pillar-like support beams, or “islands,” that will bear the tower’s upper horizontal framework.

When viewed from below, the building appears to be fully suspended in the air. The tension cables, which are held together by a centralized core, aid in the stability of the structure. The pillars of the new tower progressively increase in width and height as they move from the bay to the circular top deck, symbolizing the design’s metaphorical homage to “the future of civilization in the era of variety.”

The highest plane of the new tower serves as an observation platform and a three-dimensional exhibition space with ample space for eateries and cafés. The tower is supported by a centered core, which is surrounded by a steel truss structure and extra Kevlar tension wires. From afar, the ethereal tower appears to be a freestanding, cylindrical water fountain, and promises to be the epicenter of the city’s attractions once its built.