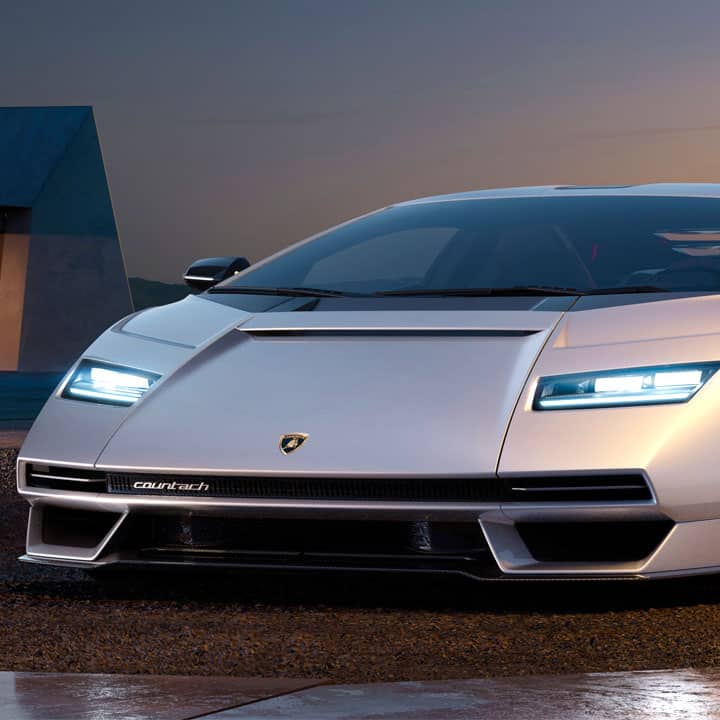 Remember the famous Lamborghini Countach that dazzled the rich and famous and appeared in movies from the 70’s and 80’s? Now it’s finally making a comeback but this time as a Hybrid. Revealed at Pebble Beach this week, Lamborghini announced the Limited-Edition supercar to be named Countach LPI 800-4, with LPI 800 referring to the rounding down of the engine’s 814cv maximum combined power and 4 to its permanent four-wheel drive transmission. The new Countach is being released in honor of the 50th anniversary of the unveiling of the Original Countach LP500 at the 1971 Geneva Motor Show.

Lamborghini has incorporated an aspirated V12 engine with a 48V electric motor in the new Countach which means the vehicle will be a hybrid. However, for prospective buyers who are worried about losing the familiar growl of Lamborghini’s engines, the new Countach will retain that famous growl from an engine complemented with an electric motor. According to the company, the e-motor will generate 34cv which will be able to power the vehicle from 0-100 km/h in 2.8 seconds, 0-200 km/h in 8.6 seconds and achieve a top speed of 355 km/h.

For those that grew up in the 70’s and 80’s, the Lamborghini Countach was the quintessential essence of supercar design with its wedge shape and sleek edges. The vehicle was such a hit in that era that posters of it could be found virtually everywhere from locker rooms to boys bedrooms. The new Countach aims to resurrect that popularity by upholding Lamborghini tradition of looking forward, of exploring new design and technology avenues while celebrating the DNA of our brand according to Lamborghini CEO Stephan Winkelmann.

The revived Countach isn’t as sleek as its predecessor but more rounded to fit with Lamborghini’s modern designs. There is no spoiler and the airscoops are integrated into the shoulder of the vehicle. Nonetheless, the new design does an excellent job of updating the look and feel while generally retaining the shape of the original Countach. The vehicle’s chassis and body panels are made of Carbon Fiber which gives it a dry weight of 3,516 lbs (1,595 kg). The most astounding aspect of the body is its photochromatic roof which can shift from solid to transparent at the touch of a button.

The new Countach wouldn’t be anything like its predecessor without a redesigned interior that features an 8.4 inch touchscreen that the original Countach would have envied. The touchscreen manages the vehicle’s controls and includes Apple CarPlay for those desiring to have that feature. Lamborghini plans to make only 112 units of the new Countach with deliveries expected to begin in the first quarter of 2022.