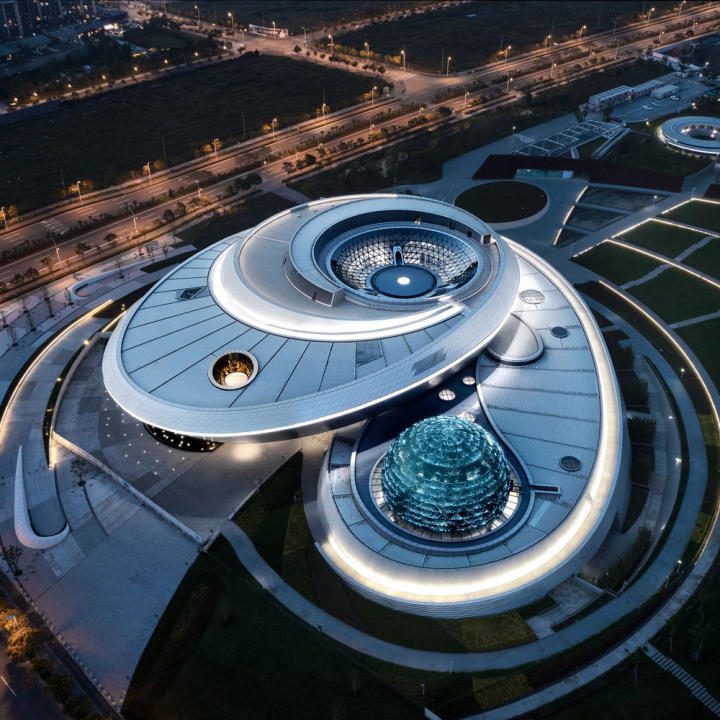 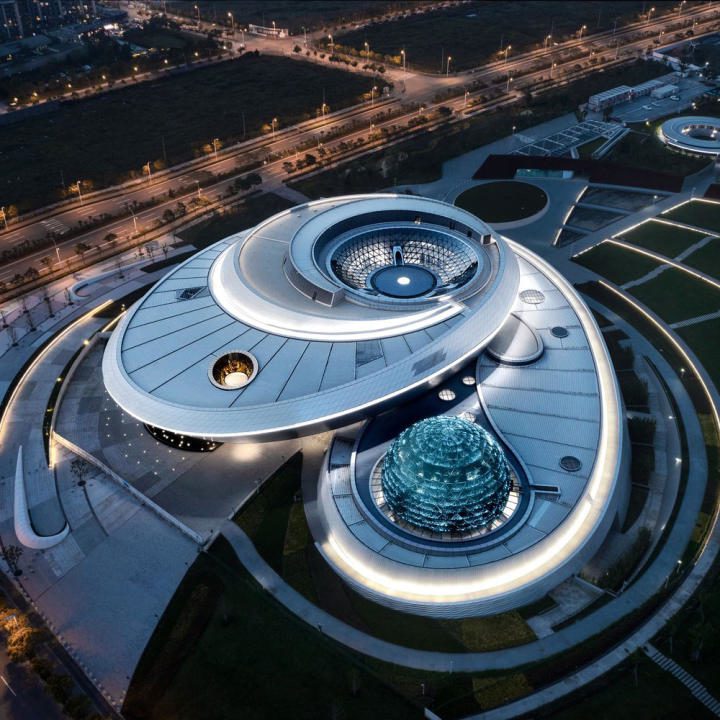 China now has the worlds largest astronomy museum and its dimensions are as staggering as the cosmos. Opened on July 17, 2021 in Shanghai China, the structure is a mind-blowing 420,000 square feet making it the largest museum in the world. Designed by U.S. firm Ennead Architects, the museum features an observatory, a planetarium, and a 78-foot tall solar telescope. The structure resembles something like a celestial vortex and one would be hard pressed to find any right angles in the building.

The entrance to the structure leads to a wide oculus that is also a sundial which projects shapes of natural light across the ground to indicate the time and season. From there, pathways lead guests across the campus to a gigantic suspended sphere which houses the planetarium. At the top of the structure, an inverted glass dome opens up to the the night sky. The vortex appearance of the structure was inspired by the organic geometry of the universe and the “three-body problem” an unsolved mathematical mystery about how to determine the orbits of planets and other celestial bodies in relation to each other.

It’s construction in Shanghai is meant to exhibit the city as China’s commercial and scientific center. The museum’s architecture and exhibits communicates more than scientific content and will increase our understanding of what it means to be human in a vast and largely unknown universe according to its designer Thomas Wong. Wong team worked on the design of the Shanghai museum since 2014 after winning an international competition.