Concept-E Electric Bike is the Future of Electric Mobility 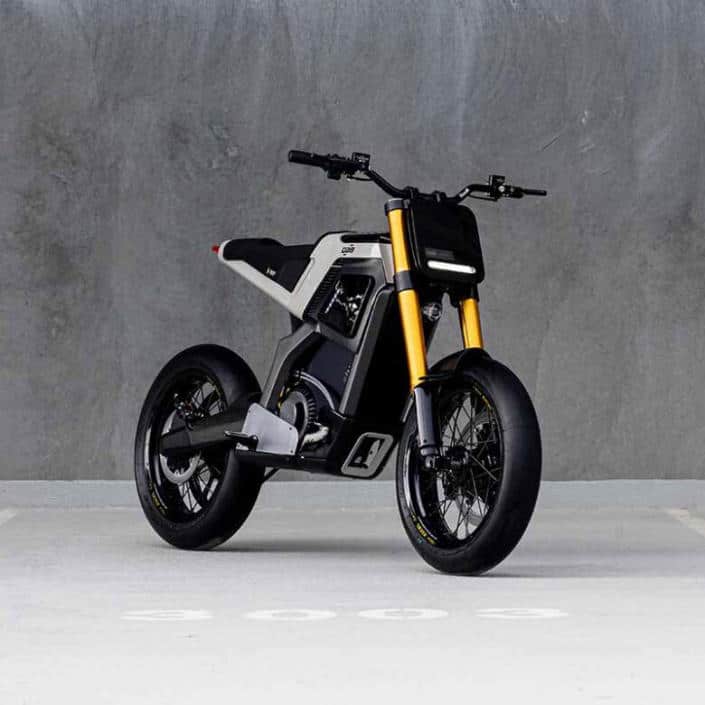 Concept-E electric bike is the future of electric mobility according to its creator DAB motors based in France. The concept promises to reduce carbon footprint while appealing to a younger generation of riders thanks to its clean, minimalistic design with its “flying back” shape giving the appearance of speed and lightness. Under its sleek exterior design is a Gates belt drive that runs on aluminum machined pulleys to boost power while minimizing noise and a Beringer CNC aluminum braking system.

Concept-E is DAB motors first electric motorcycle and begins the manufacturer’s transition from carbon producing bikes to all electric models. The bike is equipped with a 10kW motor and a 51.8V Li-ion battery that is equivalent to a 125cc engine. It’s powerful instant torque propels the rider through the streets almost silently. In addition, Concept-E is equipped with a swingarm, LED speedometer, dashboard, and a saddle made from Ripstop resistant textile.