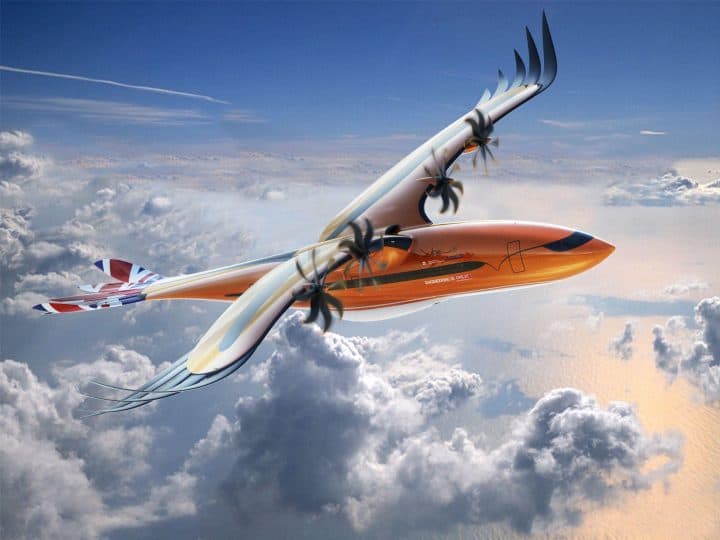 Aviation design is finally taking inspiration from nature wit the Airbus ‘Bird of Prey’ concept plane.  Inspired by the natural features of eagles, hawks and other aerial predators, the Airbus concept is unlike anything in modern aviation design.  The concept was unveiled by Liam Fox , UK secretary of state for international trade at the Royal International Air Tattoo air show on Friday.

Theoretically the ‘bird of prey’ concept is for a hybrid-electric, turbo-propeller aircraft according to Airbus.  The concept is inspired by the perfect natural mechanics of a bird with wings and tail structures that mimic those of a real bird.  Individually controlled planes mimic the wing tip feathers of a real bird and provide active flight control surfaces.

The Airbus concept wont be built anytime soon, the aim of the project is to motivate the next generation of aeronautical engineers to explore concepts in aviation design.