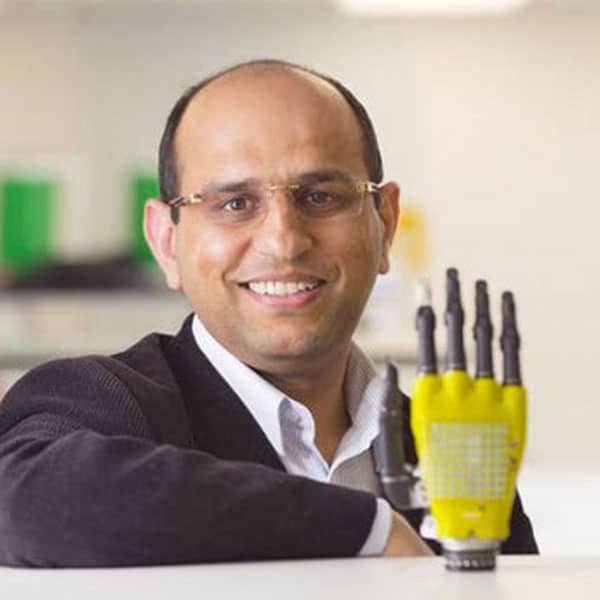 Scientists at Glasgow University have developed a new type of solar powered artificial skin that is more sensitive than human skin. For millions of amputees, artificial skin opens a world of possibilities for prosthetics that work and feel like human limbs allowing movements and activities that were not possible before. The team successfully developed artificial skin from a single atomic layer of graphene which is a highly flexible form of graphite that is stronger that steel, electrically conductive and transparent.  The transparent nature of graphene which allows light to pass through the material makes it an ideal candidate to attach solar cells to gather energy from the sun. This new process of harnessing the sun’s energy through a material opens a world of possibilities that could create life-like advanced prosthetic limbs that will return normal functions to millions of amputees.

Dr. Ravinder Dahiya and colleagues has managed to successfully integrate power-generating photovoltaic cells into their artificial skin. In order to create artificial skin that would replicate human skin, researchers had to determine the properties of human skin which is an incredibly complex system capable of detecting pressure, temperature and texture through an array of neural sensors and which carry signals from the skin to the brain.  Significant progress has already been made in creating prosthetic hands which integrate artificial skin capable of performing very sensitive and challenging tasks like properly gripping soft materials.

Beyond prosthetics, artificial skin or synthetic skin powered by solar voltaic cells opens the possibility of creating machines and robots with life-like touch and feel that can make better decisions about human safety if they can feel the presence of a human being in their vicinity and make the necessary adjustments to avoid injuring the person.  Development in the prosthetic area which is the backbone of the project is ongoing with the aim to develop power-generation technology that will power motors which will drive the new generation of prosthetic limbs.  The aim is to create prosthetic limbs that are entirely energy-autonomous.