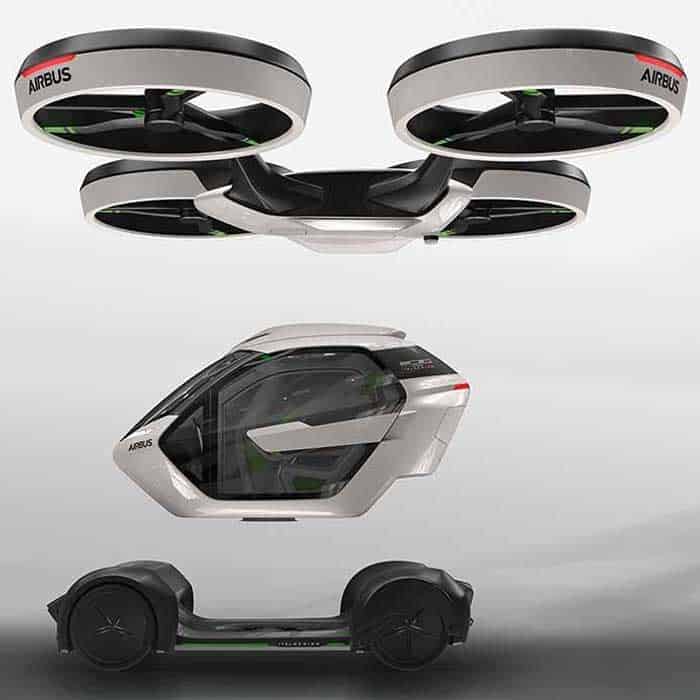 Airbus Pop Up Car and Drone Concept – It’s a car, it’s a train, it’s an airplane…it’s all of the above!

Airbus, the European Aircraft consortium unveiled a revolutionary transport concept that is set to change the way we travel. The Pop Up Car and Drone Concept is the latest addition to the flying car concept market that has been exploding as of lately and morphing into passenger carrying drones. Airbus concept is both a drone and a car and its meant to allow a seamless transition between driving and flying without leaving the machine.

The design encompasses a Smart Car sized passenger capsule that can be used in land and air transportation. Airbus envisions the entire system from land to air transport to be controlled by artificial intelligence which Airbus says will develop a seamless travel experience by dodging congestion. The concept is being developed to work on demand with passengers summoning the capsule which will self-drive to the pick-up location then transport the passenger to garage or airfield where a giant quad-copter scoops the capsule up into the air and transports them to their final destination.

Airbus futuristic vision is to have a network of these capsules operating in a particular city scooping up passengers and providing a means of transportation that is safe, reliable and free of the congestion that plagues other forms of transformation.  The Pop Up transport concept is revolutionary and the technology exists to make it a reality but the question is whether the travelling public will accept a mode of transportation that looks like something out of a Star Trek movie.  Not surprising, Airbus has yet to announce when this may be coming to a city near you.