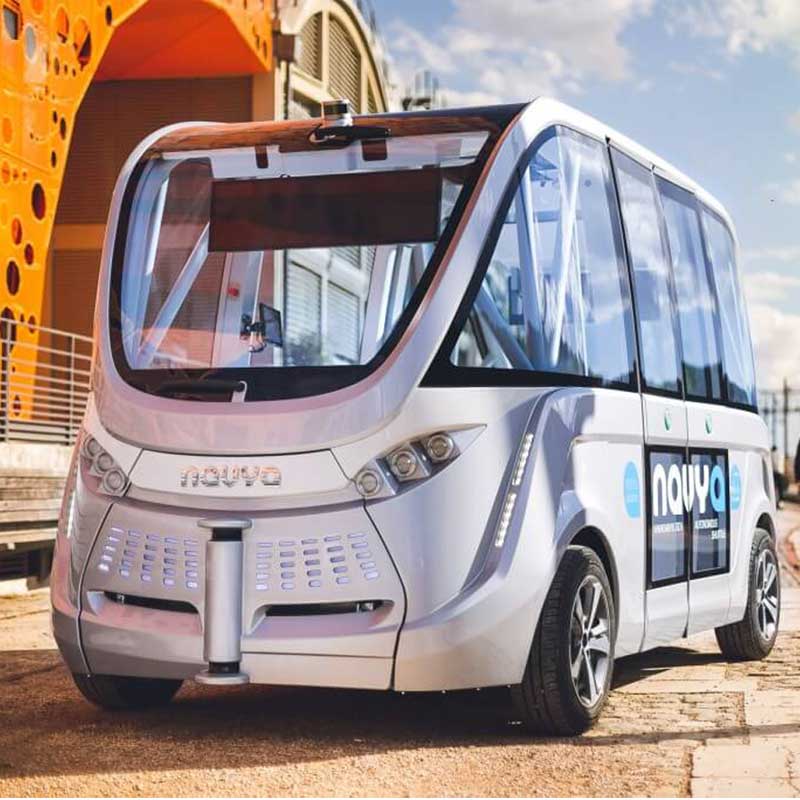 Public transportation has just taken a mega leap forward with the unveiling of driverless buses in France.   Two electric buses fitted with state-of-the-art high-tech equipment including laser sensors, stereo vision and GPS began operating in the French city of Lyon ferrying up to 15 passengers at a top speed of 20 kilometers (12mph).  As part of the initial testing phase, each ride will last only 10 minutes and include five stops.  The vehicles are manufactured by the French firm Navya at a whopping €200,000 ($225,000) each.  Driverless buses has already been tested in other French cities as well as Switzerland and Germany and is expected to become part of mainstream public transportation in the near future.