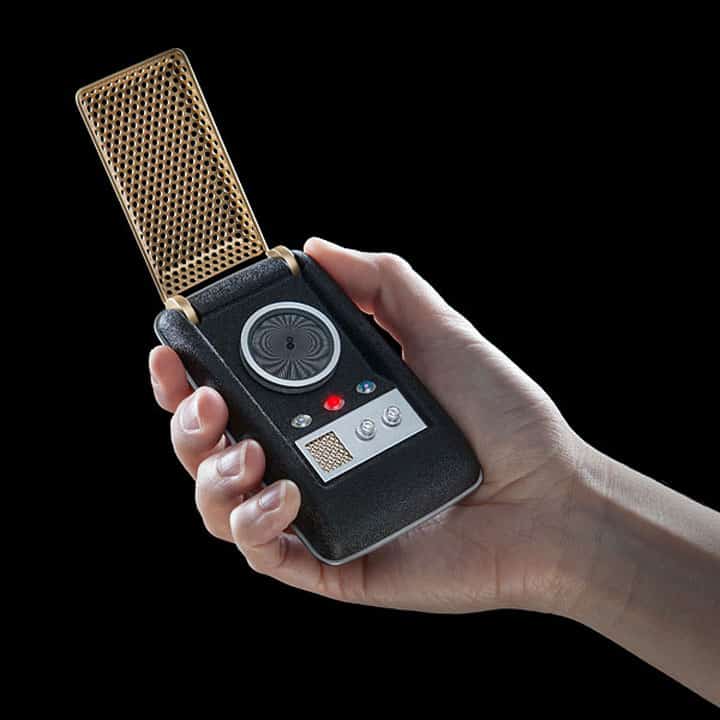 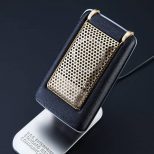 The Star Trek Bluetooth Communicator lets you communicate like Kirk and Spock!

Star Trekkies would be mesmerized by owning one of the Star Trek Bluetooth Communicator, the same kind of walkie-talkie used to communicate between starships.  With the flick of a wrist, you will be answering calls like Kirk and Spock with your very own fully functional wireless Star Trek Communicator.  Created by injecting 3D scans of the alpha hero prop and paired with Bluetooth technology so it will pair seamlessly to your iPhone or Android device.   Use it as an input or output speaker so you can take calls hands-free or stream music from your Bluetooth-enabled audio player.  A high quality built in MEMS microphone ensures Scotty can make out your “One to beam up.” The built in stand provides contactless charging capability and the communicator also has built-in authentic sound effects and conversation fragments from Star Trek Universe.