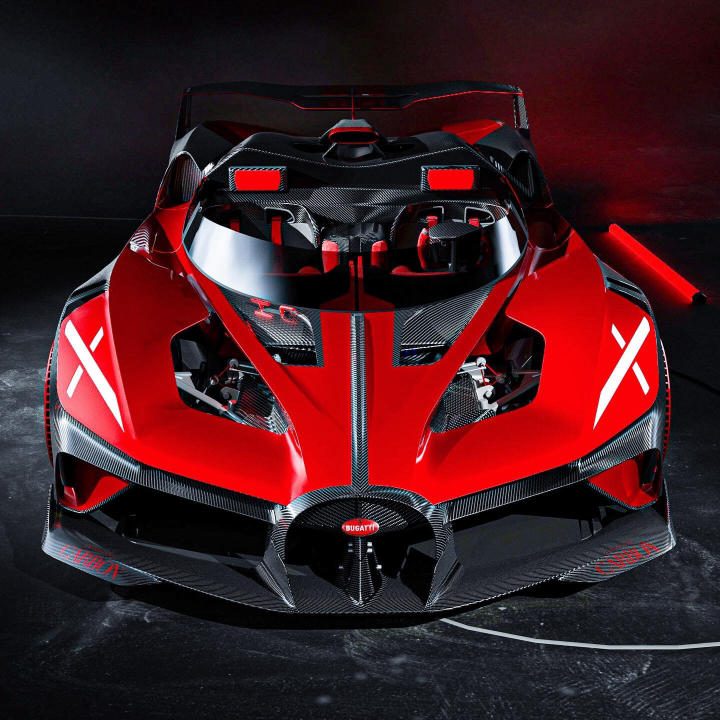 The outrageously sculptured 1578-hp Bugatti Bolide enters production with only 40 units scheduled to be made. The ultra-powerful supercar was first revealed as an 1825-hp concept in December 2020 and slated to enter production this year. The production model looks just as astonishing as the original concept on the exterior but the interior details and images have yet to be released. The engine horsepower has been toned down a bit from the concept at 1825-hp to the production model at 1578-hp.

Bugatti announced at the Quail Motorsport Gathering that it will be producing 40 units of the Bolide for customers with deep pockets. Each production unit is set to cost a whopping $4.8 million,  a price tag that only the outrageously wealthy can afford. The production model will retain all the aero-sculpted appearance of the concept model, notably a skeletal front end made of carbon fiber of Bugatti’s trademark horseshoe grille.

The rear of the vehicle is dominated by a dual-element wing and a quartet of exhaust pipes set above a large diffuser. An intake periscope is mounted to the cockpit roof together with an extended in-line wing element that runs over the entire engine cover. So far no further interior details or aerodynamic tests has been released. To power this speed demon, Bugatti employs its long-serving turbocharged W-16 engine, a developed version of the powerplant that the company uses in all its modern vehicles.

The toned down engine puts out 1578-hp with 1180 pound-feet of torque, available from just 2250 rpm. So far Bugatti has not provided information on the transmission for the Bolide but more than likely will follow the same all-wheel drive system of the company’s roadgoing cars. As the Bolide is primarily a track vehicle, it will be designed to deliver protection equivalent to FIA safety standards and will include an automatic fire extinguisher system, a bladder fuel tank, and six-point safety harness.